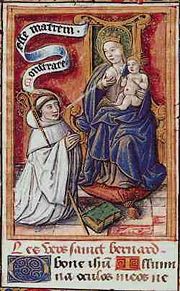 gold and platinum rays and 999

This 666 to 999 inversion is also directly related to the Gold and Platinum Rays. They are both Solar Rays, with the 666 being representative of the indigenous Solar Law of the 666 and the Platinum Ray representing the higher universal 999 Solar Logos found within the Great Central Sun or Hunab Ku.

Therefore the Gold Ray is a local Solar Ray and the Platinum Ray is a non-local Solar Ray, cosmically speaking. In the esoteric school of thought put forth by Alice Bailey in the first half of the 20th century it was revealed that our Solar Logos/Law is under the influence of the 2nd Universal Cosmic Ray, which is the Ray of Love-Wisdom. Here are some notes on this ray which I have gleaned from Alice Bailey’s book "Esoteric Astrology I":

This is a wonderful explanation of the basis of what I am referring to as our local "Solar Law" which is conditioned archetypally by the 2nd Universal Cosmic Ray. There is more to it than this, but this is a key understanding needed to fully grok the concept of the Gold and Platinum Rays as being representative of the 666 ~|~ 999 dynamics respectively.

The Platinum Ray is not just another octave higher than the Gold Ray, it is a composite of all 7 Cosmic Rays and thus a completion thereof. In truth, one cannot separate one Cosmic Ray from another as we tend to do in our minds to understand them. Yet, our local Solar Law comes under the primary influence of the 2nd Universal Cosmic Ray. `The Platinum Ray on the other hand has no such primary influence of one ray over the other affecting it.

Another attunement to the difference in these rays can be gleaned from something I have written about on a number of occasions over the last few years. The Golden Rule is commonly stated as: "do unto others as you would like to have them to do unto you." The Platinum Rule takes us to another level of awareness as: "do unto others as they would have you do unto them."

When I have written about this topic in the past I have discovered through feedback that many people have already shifted into the Platinum Ray frequency but they still consider themselves to be following the Golden Rule. That is only a matter of semantics and not so important. Yet it IS important to understand the difference in consciousness these two rays represent. Understanding this difference also gives one a better grasp on the further shifts that will occur as we pass through the final 9/9/9 time gate in a couple of weeks.

The Golden Rule of "doing unto others as you would have them do unto you" implies that what is right for you is necessarily right for others, which is often not the case unless we apply this rule only in the most essential way. The Golden Rule escorted us through the densest of times in our evolutionary thrust and its rarified essential form is still a solid anchor for the collective consciousness. It operates within a field of compassion that extends itself according to the degree of one’s own self-awareness. It guides one to understand that others need to be treated with at least the same honor and respect that we ourselves wish to be treated with, this is its most essential core.

Yet, there is a furtherance of this principle possible with the Platinum Ray. The Platinum Ray expands us into a more universal plane of awareness that allows us to see more clearly what the true needs of the other are so we can meet them with our compassion in the core of their life experience. This rule also operates on the subtler essential planes of reality but allows us a wider scope of application on the manifest plane. The Platinum Ray is thus not a replacement for the Gold Ray, it is the completion of it and therefore the Gold Ray is also held within it.

When we pass through the final 9/9/9 time gate on 09/09/2009 we will enter into the final phase of development in the collective consciousness soul of Earth’s humanity. Before we reach 09/09/2109 we will have made the full inversion into the vibrational harmonics of our higher Solar Logos operating within the 999 Cube of Stars. We will also have collectively begun to operate fully under the auspices of the more expansive Platinum Ray.

Original Information: the Platinum Ray is one of the primary new rays ushering in unity consciousness on Earth. The Platinum Grail is both a metaphorical symbol for that which holds the Divine Elixir of Oneness and is also an actual 5th through 7th dimensional holographic ritual initiatic object used in some of the etheric temples and retreats by the Masters. I was given a glimpse of this magnificent Grail Cup in a vision and it was truly indescribable in beauty and the energy it emanated was other-worldly exquisite.

We will be working with the Sirian Trinary High Council and the Illumined Master Menon for this activation. Join us for opening the Unity Lotus within your Light Body and drink from the limitless flow of the Divine Elixir of Oneness ushering forth from the Platinum Grail. This is a unique version of the Platinum Grail initiation conducted in the etheric temples and retreats.

This event will be between one and two hours in duration, so you should allow two hours in your schedule. It is also suggested you have about an hour free time to lie down and relax afterwards for proper integration to occur. Your facilitator, guide and co-initiate will be Simeon Chiron Nartoomid.

I (Simeon) was guided this morning to provide some further information on the upcoming "A Drink from the Platinum Grail" initiation.

The Sirian star system is a very key element in the entire ascension process of Earth and her collective of human souls. The Sirian system is a focal point for universal and galactic levels of karma or imbalance to be transmuted thus allowing the macro-cosmic evolutionary Programs of Light overseen by Higher Councils of Light to be administered more effectively. You can think of the three star Sirian system as an universal harmonic balancer in this parsec of the universe.

The three stars of Sirius also have a correlation to three geographic locations on our planet in the Middle East. Maia brought through information on this from Thoth back in 1997 on this topic. From our publication Temple Doors Volume 04, 1997:

"Thoth: The ‘Heart of the Lion’ is formed by Jerusalem and Mecca: the DARK cube (Kabba) aligns with Mecca, and the STAR cube (Ormid) aligns with Jerusalem. The lemniscate (infinity eight loop) between the two is the ‘field of the heart,’ with the center point being the actual ‘Heart of the Lion.’ This center point is geographically located near Al Wadjh, Saudi Arabia. Here, buried beneath the sand is the ancient city of Merazhadec – the ‘Lion of Judah.’ This city was also known in later times (but still very ancient by our standards – JGM) as Jiddi."

"The current city ‘Jiddi,’ or ‘Judah,’ next to Mecca, was named after the more ancient Merazhadec / Jiddi that was located near Al Wadjh. The center point at Al Wadjh represents Sirius C, a hidden star of Sirius, thus creating a trinity the ancients called ‘Hebola,’ the name of the power triangle formed in Sirius by these 3 stars (i.e. Sirius A, B and C). In most ancient Egypt this Sirian trinity was also represented by the Royal Family of Osiris (Father-God: Sirius A), Isis (Mother-Goddess: Sirius B) and Horus (Son-Christ: Sirius C)."

It is through this area on our globe then that planetary karma is being brought to the fore and subjected to the high frequency energies of Sirian transmutational dynamics. The trinary Sirian system ties into the Earth, allowing what otherwise might be imbalances that might otherwise destroy the Earth, to be allowed passage into higher realms where they are transmuted and returned to Source.

The three Sirian rays thus penetrate the etheric envelope of the Earth thus sending out ripples of energy throughout the planetary energy environment "ringing" it like a bell. These tones cause the heart of Gaia, the Holy of Holies in the center of our planet, to respond with an enormous pulse that returns to the Sirian system as a single ray.

It is in the heart of this dynamic that the Platinum Ray emerges. The Platinum Ray unifies and operates at a very high cosmic level. It is not necessarily a warm and fuzzy ray, yet it is the pure embodiment of compassion emanating from the level of unity consciousness.

The Platinum Grail or Graal is the sacred containment vessel which is formed to hold the rarified stellar elixir of deliverance of all duality into the hands of a unified field of energy operating in absolute balance. "When thine eye be single" speaks to the unity consciousness held within the Platinum Grail.

The "Drink from the Platinum Grail" initiation I am facilitating this Sunday 4/5/09 (9+9=18=9) represents another octave of opening of the Platinum Grail to the collective human soul. It is a personal infusion of unity consciousness as well as a planetary service. It also is meant to elicit a very powerful return pulse from our hearts in concert with the Heart of Gaia to the Sirian system which in turn activates the Sirian trinary ray system at a new level of operation which then increases the frequency of the ray vectors emanating from Sirius and interpenetrating the Earth, which in turn then elicits a even stronger response from Gaia and on it goes.

The incredible power of this dynamic is witnessed in many ways. We can see it represented in the fierceness often associated with archetypes like Sekhmet. This is an archetype that comes straight from Sirius and represents the Dweller on the Threshold. In other words, you face this dynamic when attempting to make passage into higher and more expanded worlds of awareness and consciousness. Yet, you cannot carry density forth into those realms. If you are not completely ready and few ever are, you therefore either face the searing transmutative forces of the Sirian "Solar Lion" dynamics or you are turned back with great power, both are often felt as a lion-like ferocity. This is a higher level functioning of the Law of Divine Grace meant to protect the initiate that was not yet ready.

We are being given an opportunity to help this dynamic accelerate its transmutative dynamics for the benefit of ourselves and our beloved Earth. It truly is a drink of very sacred elixir from the Platinum Grail. The Sirian Solar Lords (Lion-Headed Ones), the High Sirian Trinary Council which works directly with the ray vectors being projected from Sirius A-B-C and in particular the Master Menon who is a first ray Sirian Solar Lord will be working with us and overseeing the initiation.

We will NOT experience the ferocity the ancients did, however. Our vibrational frequency on the planet now is much higher actually and there is less of a harmonic gap. We additionally have some higher mandates in place now that allow beings such as those we will be working with to modulate the whole dynamic much more than was possible in the past. A Grace Factor is offered us if you will.

I know this is not an initiation that will speak to everyone who reads this, but for those who are meant to be there you will know so in your heart. I was asked to help that process along by taking the time to provide this additional information as a further attunement. 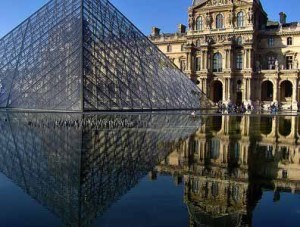 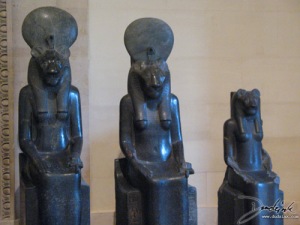 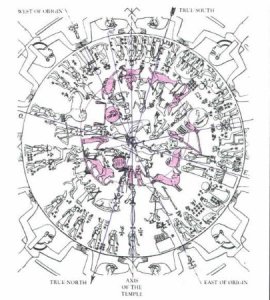 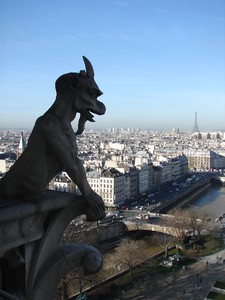 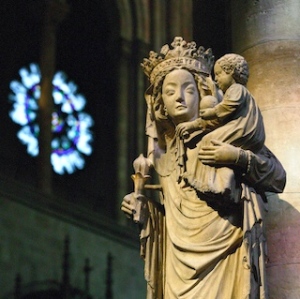 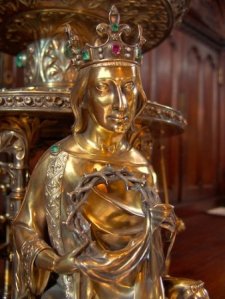 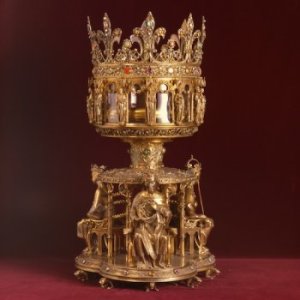 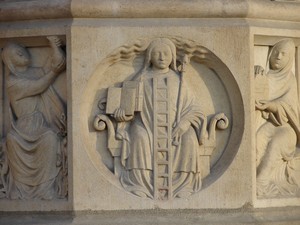 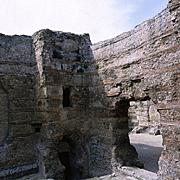 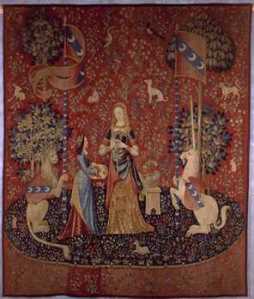 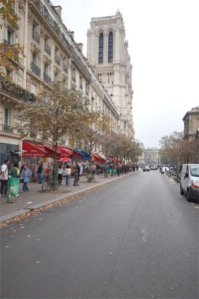 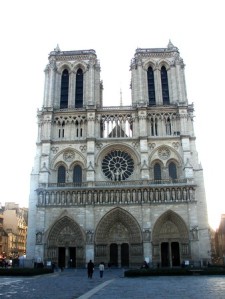 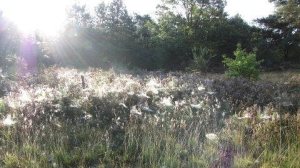 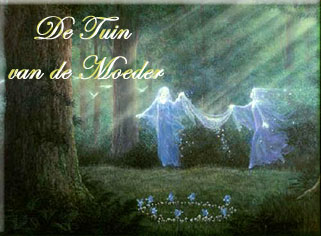